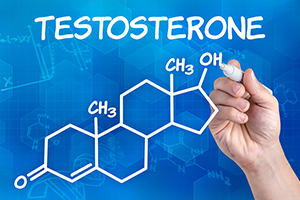 Is Testosterone Therapy in Men Harmful?

Does It Cause an Increased Risk of Heart Attacks?

A critical review of recent television and internet advertising

You might have been alarmed by the recent television and internet commercials from law firms soliciting patients that have taken testosterone and suffered a heart attack.  Unfortunately, these campaigns have been influenced by a recent negative observational study of weak power and poor design and that also has been severely criticized by many medical experts in urology, endocrinology, and statistical analysis.  In spite of the worrisome television hype, patients and doctors should not be led astray or fear the use of testosterone solely based on the hysteria created by attorneys and the media.

In contrast to this recent negative study, there are over 40 years of well-designed, randomized controlled trials and observational studies that all support the safety and efficacy of testosterone administration.  The most recent negative study of concern, which reported an association between the use of testosterone therapy and increased risk of death and heart attacks, appeared in the Journal of the American Medical association (JAMA).  This has led legal zealots to believe they can sue anyone that might have suffered a heart attack while taking testosterone (which by the way had nothing to do with testosterone).  This has resulted in many patients becoming concerned about the use of testosterone and this has led many patients to question if they should discontinue their testosterone medication due to the fear of what they have heard on television or have read on the internet.

In spite of this fear that has been instilled in the public by certain attorney groups, the public unfortunately does not have enough experience or correct information to make an informed decision concerning the use of testosterone.  I wish to explain and elaborate on why this study should be ignored and that no one should stop taking testosterone or fear taking it.  Physicians should not cease prescribing testosterone and patients should not stop using testosterone based on this one weak study, the results of which goes against a plethora of data showing safety and efficacy.  Hormone Experts base their therapy on a composite of many studies over several decades of research and not on one poorly designed study that in the opinion of medical experts should be discarded.

It helps to understand the difference between a randomized controlled study (RCT) and an observational study.  In an RCT, subjects are screened to remove those that have other medical problems or issues that might adversely influence the data and results.  An observational study is not as powerful, accurate, or reliable as an RCT.  To simplify understanding an RCT, there is a treated group and a placebo group that are specifically tested by eliminating any patients that may have risk factors that would skew any results.  In observational studies this careful selection does not take place and reports (which may or may not be RCTs) are selectively reviewed without any regard to avoiding biases and errors.  Reviewers pick and choose from the studies without randomization or control from other influencing factors, which can add inaccuracy and bias to any study.  There was significant inaccuracy and error in this recent JAMA study.

A post by three professional medical societies, along with an international group of 130 scientists and physicians, has petitioned JAMA to retract this recent article (JAMA 2013: 310:1829-36).  In a letter addressed to JAMA editors, the Androgen Study Group cites “gross data mismanagement thereby rendering the article no longer credible.”  The article was one of two studies that prompted the FDA to issue a safety bulletin on the use of testosterone products.  However, this warning from the FDA is only an advisory as the FDA has cautioned both patients and physicians not to stop testosterone therapy based on just one study and this study has significant design flaws, which led to negative results.

This article has already undergone two published corrections.  The first was published in January due to misreporting of primary results.  A second correction published in March revealed what the group called “major errors” in the article’s text and figures.  Translation:  the statistical analysis utilized was not appropriate and other statistical methods actually show opposite (beneficial results)!  Also, the numbers used for the statistical analysis were different from the numbers published in their tables.  The raw numbers in their tables actually proved protection against myocardial infarction (heart attacks) and not an increase in risk!  It is not until their data is plugged into a complex analytical scheme and manipulated that it shows harm and thus the insistence by experts that the study be recalled by JAMA.  The letter was signed by the International Society for Sexual Medicine, the Sex Medicine Society of North America, the International Society for the Study of the Aging Male, along with more than 125 scientists and physician experts in the field.

“This is an extraordinary event,” said Abraham Morgentaler, MD of Harvard University who is chairman of the Androgen Study Group.  “In my 25 years in academic medicine, I have never witnessed anything like this response to a journal article.”  He adds that the call for retraction of the article is exceedingly rare.  “To have several professional societies and so many of the most accomplished experts in the field unite in this action indicates the seriousness of the article’s errors, and the magnitude of damage this article has caused to the public’s perception of testosterone therapy.”

He goes on to say that, “Lost in the media frenzy that followed this article’s publication is the fact that substantial evidence accumulated over 30 years has repeatedly shown that higher testosterone levels are associated with better cardiovascular outcomes.  In the interests of medical science and the public good, JAMA should do the right thing and retract the article.”

“Many of my patients stopped taking testosterone because of the JAMA article, even those who experienced substantial benefits.  And now we find out it was all based on nothing but sloppy science.  We are talking about real consequences on individuals’ health and quality of life,” states Dr. Morgentaler.  The Androgen Study Group says it is dedicated to the education and accurate reporting on the science of testosterone deficiency and treatment in men.  It was organized specifically to respond to the “recent unwarranted, unscientific attacks” on testosterone therapy in the medical and public media.

I too cannot emphasize enough the importance of realizing that one negative study does not negate 40 years of past positive and beneficial studies proving protection against heart attacks.  RCTs have more power and predictive value and this study was not an RCT but was simply an observational study with numerous design flaws and errors in analysis.  A recent statement from the American Academy of Clinical Endocrinologists supports these facts suggesting that physicians and patients should not jump to conclusions and stop their testosterone prescription based on one poorly done observational study.  Patients should continue taking their testosterone until further evaluation and review is complete.  The FDA knowing the history of 40 years of positive studies demonstrating protection against heart disease has also recommended that men not stop their testosterone prescriptions based on a study of poor methodology.

Forty years of studies demonstrate that not only is there no increased risk for men on testosterone replacement therapy, but that there is significant benefit.  These numerous studies demonstrate that low endogenous levels of testosterone are associated with an increased risk of cardiovascular disease and heart attacks.  Testosterone has been shown to prevent plaque deposition (atherosclerosis), which is the primary cause of heart attacks.  Our goal should be to prevent the plaque from forming in the first place thereby preventing any heart attack from ever occurring.

Despite the negative press on television and the internet, various medical academies and experts recommend testosterone for cardiovascular protection as well as for quality of life benefits as demonstrated in 40 years of solid research.  Men should not stop taking testosterone and for those men suffering from testosterone deficiency you should!

All the Best in Health and Wellness,

Discover everything you wanted to know about Testosterone Replacement Therapy!

Get your copy of
The Low T Book TODAY!